Humboldt State CenterArts presents Crosby, Stills and Nash at The Van Duzer in Arcata tonight. More than four decades since CSN first harmonized in Laurel Canyon and played their first-ever concert as a trio at the legendary Woodstock Festival, its members continue a creative partnership that is one of the most influential and enduring in music. Each has been inducted into the Rock and Roll Hall of Fame twice—with CSN and with The Byrds, Buffalo Springfield and The Hollies, respectively. They have been called "the voice of an entire generation," touching fans with timeless songs and memorable live performance 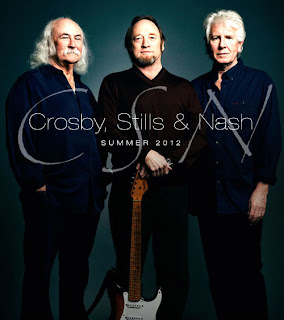