Humboldt State CenterArts presents Ziggy Marley at the Van Duzer in Arcata tonight. A five-time Grammy-winning musician, actor, artist, activist and humanitarian, Ziggy Marley has established his presence on the public stage for over a quarter-century. Which is why, perhaps, there's a wisp of irony in naming his latest album Wild and Free, given not only the focused writing and recording of his fourth solo studio album, but also Ziggy's concurrent involvement in the ambitious tour which stretched through spring and summer, as well as other projects in the realm of publishing and film making. 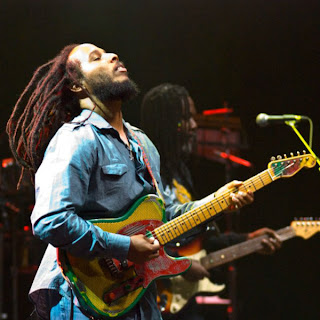