Roots-rock from Colorado with Grant Farm at Humboldt Brews in Arcata this weekend. This much-anticipated four-piece represents the fruition of the efforts of National Flatpicking Champion Tyler Grant, one of the hottest and best-known guitar players on the scene today. Tyler was a member of The Drew Emmitt Band and The Emmitt-Nershi Band from 2005 until 2010 when he went on his own to pursue his calling as a bandleader. In Grant Farm he is partnered with dynamic drummer Chris Misner, also of the Drew Emmitt Band and Bill Nershi’s Blue Planet. The quartet is completed by funky phenom Adrian “Ace” Engfer on bass and the prodigious Sean Foley on keyboards. 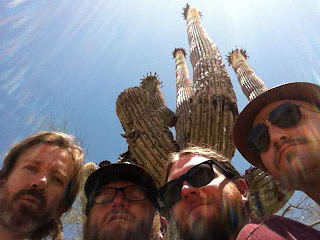