Alison Krauss and Union Station featuring Jerry Douglas are at The Van Duzer in Arcata tonight. Alison Krauss’ remarkable career goes back more than a quarter century. As a teenage fiddle prodigy, she made her recording debut at the age of 14 (and first performed on The Van Duzer stage when she was 16). She has since gone on to sell in excess of 12 million albums and garner 26 Grammy Awards, the most for any female artist in history. Effortlessly bridging the gap between bluegrass, country, rock, and Americana, her breathtaking live performances should not be missed 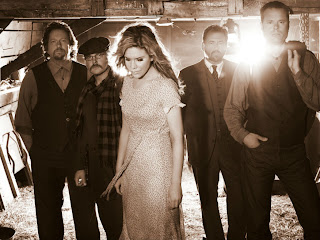