Atomic Bride on their Dead Air Tour hit Humboldt. Atomic Bride is a 5 piece band hailing from Seattle, WA. Formed in 2006, the line-up includes male and female leads on guitars and vocals, in addition to bass, keys and drums. Together, A.B. has created a unique sound combining garage rock, surf and psychedelia. Art punk enthusiasts rave about the band’s driving, post-apocalyptic twang and have labeled them as explosive and epic. Opening, with rock from Eureka, is Splinter Cell and local folk-rock with The Bandage. You can catch Atomic Bride, Splinter Cell, and The Bandage at the Little Red Lion in Eureka tonight 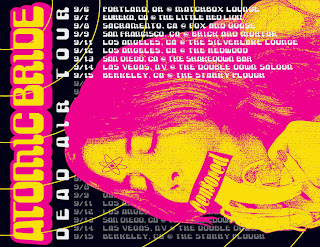 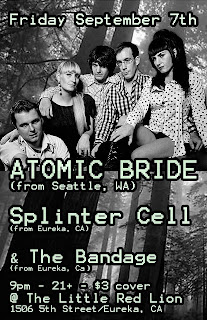